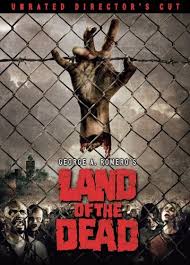 1.  In the land of the dead Tiresias is a  blind prophet  who lives in hell also know as the underworld.  Odysseus meets Tiresias when he goes to hell to see his mother to talk to her. Odysseus can communicate with dead people .

2. Odysseus and his men traveled to the land of the dead by sailing. What they did to talk with the dead about was that they had to sacrifice a lamb, and a black ewe and some prayer, because the blood of the lamb attracted the dead. So the dead came out from the ground.  The dead wanted a little whole of tastiness (also know as blood) from Odysseus and his  men. The Knowledge Odysseus and his men learned from Tiresias is that Poseidon is mad at him for stabbing his son on the eye and he will cause  Odysseus and his men many problems. Also that they must not eat any of the cattle of Helios or they will die. Tiresias tells Odysseus that he will make it home but he will have no men and his house will be a mess. The last thing he tells is if Odysseus follows Poseidon rules he will make it home some what alive.

Welcome to your brand new blog!

This is a sidebar and can be changed in Widgets in your dashboard.

You can also modify number of sidebars in theme options!